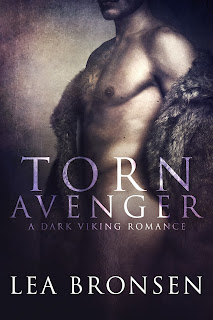 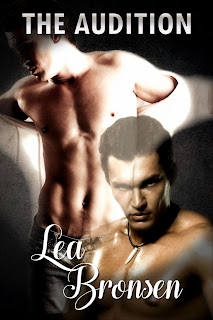 Young wannabe actor Jaden Moore comes to a shady side of town to audition for a movie part. He longs to shine, wants to walk the red carpet with cameras flashing and a crowd cheering. He assures the film director and the investors he’ll do anything to reach the top, but is he willing to comply with their dirty fantasies?
Posted by Thea Landen at 12:00 AM 1 comment:

In case you missed it (unlikely, I know), Seductive Suspect has been officially released. You can tell it's official because it now has its own entry under the Books tab. :D

They say the best way to promote your current book is to write the next one, so I'm happy to report I've finally gotten started on my next project. I hemmed and hawed for a while as to what to start next. I suppose it's nice to have too many ideas, but that just adds to the indecision. Here were my choices:

Option A: Fully outlined (a rarity!), projected word count not terribly high. Still a novella rather than a short story, but a short-ish novella. (Which might be redundant?) I know exactly how it will begin and end.

Option B: Somewhat outlined. The basic structure is there, but some details still need to be filled in and some dots need connecting. I know certain scenes I want to include, but I'm not positive about the order. I know how it will begin, and I have a general idea of how it will end, but not the exact words.

Option C: Still needs some baking. I know how the prologue will go, and I have a very basic timeline, but it needs a lot of work. Pacing is going to be a big one here. I know the general idea of the conclusion, but obviously books don't stop immediately after the climax. However, out of the three, this is probably the most unique, imaginative idea, and that calls to me.

I waffled between A and C instead of actually writing for a long time, even going so far as to do more research on C. Ultimately, I decided on A, figuring it won't take me *too* long to knock it out. We don't talk about how long Seductive Suspect took, even though I have plenty of valid excuses, so I felt like I needed an easy win, so to speak. It's coming along nicely so far, and while I don't have a specific set goal in mind at the moment, I feel like I can get a pretty decent-sized chunk of it done by the end of the year.

(Though I might have to take some time off in October for the upcoming Seductive Suspect book tour, shhhh.... ;) )
Posted by Thea Landen at 11:16 AM No comments: 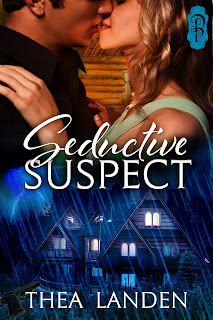 Today's the day! Seductive Suspect is now officially out and available, which means you can jump right in and find out who the killer is. (Because I know you've been dying to know.) Here's the blurb and an excerpt, all fancy and edited and everything, plus the buy links at the bottom. Happy reading!

When Veronica Campbell agrees to take her sister’s place at a murder mystery weekend getaway, she has no idea what’s in store. The events at the mountaintop lodge get off to a good start, especially when she meets Adam, the handsome man staying in the room next door. By the end of the first night, however, the role-playing games take a dark turn when one of the participants is killed for real.

One by one, the murderer picks off each guest as the storm rages around them. The number of suspects grows smaller, and soon, the moment of truth arrives. Can she trust Adam, or has she wound up in the arms of a killer?

Mr. Steele lay face down beside the pool table. A small, dark hole marred the back of his blazer. As we all gaped at him, a dark red puddle slowly seeped out from beneath his body. Several feet away from his head, a gun rested on the floor.


Victor hurried over, nudging people aside until he saw what had captivated our attention. Shock and concern washed over his face. “Oh my….” Regaining his composure, he cleared his throat and straightened. “My dear guests, in light of recent occurrences, I think it would be best if you all retired to your rooms for the night.”

“Please.” Victor stepped back and gestured toward the door. “The storm may cause us to lose power again, and, due to these other…unexpected circumstances, you need to return to your rooms. Now.”

His tone left no room for argument. We shuffled out of the library into the foyer in one huddled clump. As we moved up the staircase, murmurs rumbled around me about how the mystery portion of our weekend had started amidst speculation about what clues we’d receive the following day. I agreed with those who admired how realistic the murder scene appeared and the perfect coordination with the thunderstorm’s effects. Whoever had outlined and orchestrated our little story, they’d done a good job of surprising us and piquing our interest.

On the landing, we parted ways, and I headed toward my room.

Colonel Mandrake guided me to my door, his hand at the small of my back. “I very much enjoyed meeting you tonight, Miss Harrington.” He smiled at me. “Sleep well.”

I said my good nights and slipped inside my room, cheeks warm. The evening had been pleasant, even fun, though shorter than predicted, like Big Guy had complained. At least I’d had a good time, and I anticipated the rest of my stay at the lodge.

While I undressed and prepared for bed, I contemplated the evening’s events and tried to piece together some clues. Nothing in the characters’ backgrounds stood out to me yet, and efforts to remember who stood where when the lights went out fell short. “I’m sure we’ll learn more in the morning,” I mumbled, climbing into bed.

After setting the alarm clock so I’d have time to shower before breakfast, I switched off the lamp on the nightstand. With a lengthy yawn, I snuggled under the covers, tired from the day of travel and subsequent activities. I waited to drift off to sleep, but something tugged at the back of my mind.

For some reason, I kept thinking about Victor’s expression when he first saw Mr. Steele lying on the floor.