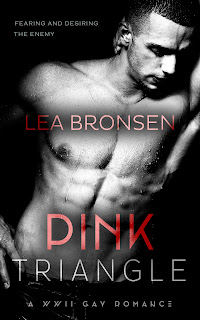 Fellow author Lea Bronsen has a new book out and this one's a winner! Really, it won the Book of the Month award over at The TBR Pile, so read on for the blurb, excerpt, and buy links from this sizzling new release!

Paul is a handsome, free-spirited Norwegian in the prime of his life, but he doesn’t fit the German occupant ideology simply because he’s gay. And so, when the Gestapo catches him for producing illegal propaganda, he’s tortured and threatened to be sent to a German concentration camp with a pink triangle sewn on his shirt, the symbol for homosexuals.

It will take great courage and mind-blowing circumstances of luck, as the Führer commits suicide and the end of the war seems nearer by the day, for Paul to avoid his death transport to Germany.

And it will take the growing attraction of the Gestapo commander himself to regain his full freedom—and capture his heart.

A couple hours later, when the sun stood high and bright in the sky, the sound of horseshoes came from the garden. Paul had dozed in the hay, enveloped by the soft jacket lining and lulled by happy bird songs and the rustling of leaves outside, but the commander’s return had him sit up against the wall.

The horse’s hairy muzzle appeared in the crack before the big animal pushed the door open and stepped into the shed.

Heimlich sat straight in the saddle, bare-chested, slim but muscular in all the right places, his uniform folded across his lap. Paul tried not to gape at the sight. With ease and grace, the commander dismounted and hung his clothes on hooks on the wall. Drops of sweat pearled on his forehead and temple and rolled down his firm chest and abdomen, making his skin shine. So, so very sexy. He took off his hat, uncovering his dark blond hair slick with sweat—but it only accentuated the sexiness.

He turned to Paul and caught him staring. “What are you smiling at?”

Paul straightened and regretted having let himself be carried away. “I wasn’t smiling.”

“Yes, you were. You think I’m not aware I look like an office rat? You need to rub it in?”

“What are you talking about?”

“I know very well I could use more muscle, and that I need to strengthen my stomach.” He tapped his six-pack, which was perfect in Paul’s world.

“Well, that hasn’t crossed my mind.”

“Really?” The commander raised a brow. “Do you honestly like what you see?”

Holy fuck, what a question...

Uncertain whether the man realized what he’d just said, Paul waited a bit before he asked, voice low, “Are you honestly asking a homosexual if he likes your body?”

The commander blinked slowly. “When you put it like that...” With a goofy smile, he turned to gaze out of the shed and shook his head.

Paul allowed him a moment to recoup. He was tempted to tease, but didn’t.

When the commander returned to Paul, he pointed at him. “Forget I said that. I didn’t mean it like that.”

They held each other’s looks for a while, the commander inscrutable.

“Listen,” Paul said, emboldened by the awkward situation. “I’m going to be very frank with you. I hate you with all of my heart—”

“—But when you parade around me like that,” he pointed at the man’s naked torso, “you make it difficult for me to...”

Put the book on your to-read shelf on Goodreads

See photos that inspired me to write the book on Pinterest 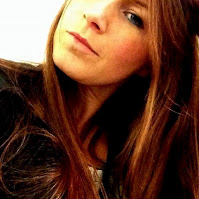