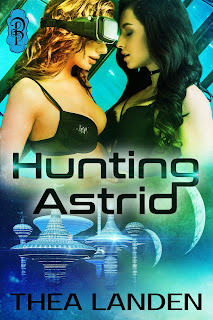 Astrid Carlisle enjoys her job at Satera Industries, the massive interplanetary organization whose enigmatic leader is concerned with profits first and legalities second. Stationed at company headquarters, she can stay out of harm’s way while making good use of her programming skills and keen eye for talent acquisition. Unfortunately, both the busy nature of her work and her office’s remote location leave her feeling dissatisfied with her personal life.

Fresh out of the Central United Space Marines, Tabitha Knox is ready for change, hoping the next stage in her career can take place in the private sector. Employment with Satera Industries would offer her the exciting, fast-paced work she craves, with generous financial compensation to match. All she has to do is get through the rigorous screening process and prove her worth.

The two women meet during the early stages of Tabitha’s application, and their mutual attraction is instant. However, Astrid has been hurt in the past and is cautious about moving too quickly, leading her to devise a plan. She suggests the pair enter the simulations used to test applicants and fight their way through the various environments. If Tabitha can successfully track her down in each phase, she’ll win the ultimate prize: a lucrative job, plus Astrid’s trust and submission. Everything she wants is within reach, but will she be able to achieve her dreams while hunting Astrid? 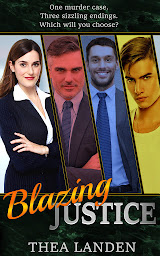 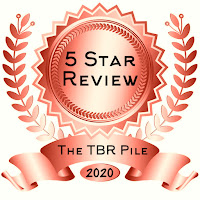 In the suburbs of New York City, prosecutor Celeste McConnell is called to a crime scene in the middle of the night. The gruesome stabbing is the most brutal murder the quiet little town has seen in many years, and both the police and the District Attorney’s office are determined to arrest and convict the killer. Celeste is resolved to follow the proper procedures and seek justice for the victim, but as the case progresses, she wants to be sure the right person is held accountable for the crime.

Choose Celeste’s path in her quest for the truth and decide who she can trust the most. Whether she follows the lead of her suave, assertive boss at work, confides in the charming and sweet detective assigned to the case, or embarks on a thrilling adventure with the potentially dangerous murder suspect, each unique ending offers an unforgettable night of passion for Celeste and her chosen partner, as well as a conclusion to the murder case that brought them together.
Buy Links:
Amazon (free with Kindle Unlimited)
*** 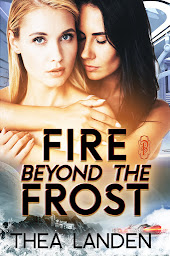 Fire Beyond the Frost
Following a failed relationship with her supervisor at work, Dr. Catalina Frost volunteers her services with a charitable organization providing medical aid to those in need. In her first journey away from her home planet of Earth, she travels to the opposite end of the galaxy to the icy world of Ruvuk. Dismal weather conditions and an unfamiliar species of aliens take her far outside her comfort zone, but she’s determined to fulfill her obligations.
When Sari, a human settler on Ruvuk, first heard about a doctor being assigned to lend assistance to her health clinic in a remote village, she never expected the gorgeous woman who walks through her door. She introduces her to the planet’s ways of life and is impressed by her skills and experience. Though she drops hints about her growing attraction to Catalina, she’s shocked when those feelings are reciprocated.

The pair embarks on a romantic fling, but the definitive end date of Catalina’s assignment approaches quickly. She wants to plan for the future, but Sari has been hurt by false promises before and asks that they simply enjoy the time they have left. Will they each return to their separate lives, or can they find a way to reunite somewhere in the galaxy?
Buy Links:
Amazon (free with Kindle Unlimited)
*** 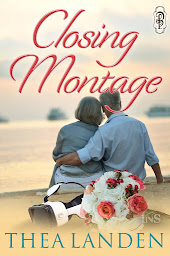 Closing Montage
Edwin Crawford is dying. His suffering is made even worse when he considers how he’ll be leaving behind his wife of over four decades. He contacts 1Night Stand and instructs her to communicate with Madame Evangeline in the hopes she’ll find another man and won’t be lonely without him.

Abigail refuses to entertain the idea of pursuing a romance with anyone other than her husband. When Edwin continues to insist she use the dating service he found for her, she eventually agrees. But he should realize, she reasons, once she makes up her mind about something, she’s determined to do it her own way.

With Madame Evangeline’s help, Abigail plans the perfect evening. Through the use of virtual reality, she can take Edwin anywhere she wants, across the world and back in time, without him having to leave home. It’s their last chance to remember why they were so deeply in love for so many years. Even though she defied his wishes, can she convince him to go on one more date?
Buy Links:
Amazon
Barnes & Noble
Kobo
Apple Books
Google Play
Smashwords
Bookstrand
*** 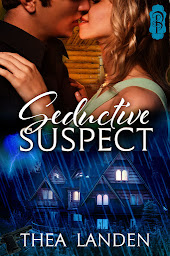 Seductive Suspect
When Veronica Campbell agrees to take her sister’s place at a murder mystery weekend getaway, she has no idea what’s in store. The events at the mountaintop lodge get off to a good start, especially when she meets Adam, the handsome man staying in the room next door. By the end of the first night, however, the role-playing games take a dark turn when one of the participants is killed for real.

One by one, the murderer picks off each guest as the storm rages around them. The number of suspects grows smaller, and soon, the moment of truth arrives. Can she trust Adam, or has she wound up in the arms of a killer?
Buy Links:
Amazon
Barnes & Noble
Kobo
Smashwords
Bookstrand
*** 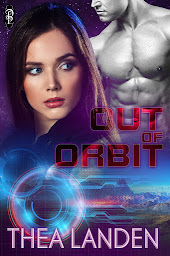 Out of Orbit
Following an explosive space battle, Captain Jasmine Hale’s escape pod crash lands on an unknown planet. She communicates with some of the world’s natives, but grows frustrated when she learns signaling to her crew for help is impossible. Though she acknowledges she is stranded on Ryk indefinitely, she dreams of the day when she can return to piloting a ship through the stars.

Aras, leader of the Rykians, hasn’t had contact with a human in five hundred years. Due to his lengthy life span, little excites him in his day-to-day life, until he meets Jasmine. Captivated by the woman who was suddenly thrust into his world, he desires to ease her anguish while showing her the wonders of his kingdom.

Caught between two worlds, Jasmine struggles with a difficult dilemma--continue searching for a way home or accept her new life on Ryk. Choosing one means leaving the other behind forever. How will she decide?
Buy Links:
Amazon
Barnes & Noble
Kobo
Apple Books
Google Play
Bookstrand
*** 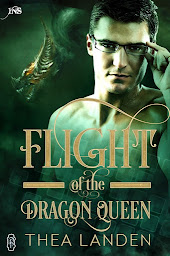 Flight of the Dragon Queen
For his entire life, Caleb has always been more comfortable surrounded by books and games than other people. When 1Night Stand is recommended to him, he contacts Madame Eve but is too shy to actually meet any of the women she finds for him. Together, they reach a workable solution: a simulated dating experience in a setting reminiscent of his favorite stories.

After following Madame Eve’s instructions, Caleb finds himself in a vivid fantasy world, complete with a damsel in distress who needs rescuing. His objective is clear, but he must find a way around the many obstacles standing between him and Alizeira, the mysterious woman imprisoned in an underground cell.

While working on his plans to save her, Caleb spends time getting to know Alizeira beyond her role as prisoner, and a mutual attraction develops between them. He is unsure whether she’s a real person playing a part like him, or if she’s simply one piece of the elaborate simulation that’s been programmed for his date. Setting her free is the first step to discovering the truth, but how many secrets is Alizeira hiding?
Buy Links:
Amazon
Barnes & Noble
Kobo
Apple Books
Bookstrand
*** 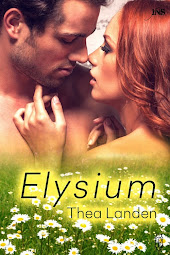 Elysium
Two years have passed since April Patterson’s husband was shot and killed in the line of duty, and she’s trapped in a haze of grief and uncertainty. Having grown frustrated by all other efforts to engage her in activities where she could meet new people, her cousin pays for a date via 1Night Stand. Not thrilled with the idea, April nevertheless contacts Madame Eve and requests the impossible: a date with her deceased husband.

Brilliant software engineer Drew Monroe created his company, Elysium, to help give closure to those who have suffered the loss of a loved one, through the use of virtual reality. Though passionate about his work, being constantly surrounded by heartache and death has taken a toll on his mental health. When he accepts the case of a young widow referred to him by Madame Eve, her tragic tale depresses him further, but he commits himself to programming April the romantic date she desires.

April arrives at Elysium and prepares to enter Drew’s virtual realm. Will she find the solace she seeks within? Or will she discover she doesn’t need a fantasy world to discover happiness again?
Buy Links:
Amazon
Barnes & Noble
Bookstrand
*** 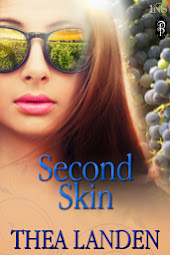 Second Skin
Anna’s career as a high-level CIA operative is put on involuntary hiatus. When a trusted colleague passes along the information for the 1Night Stand service, Anna decides to take the plunge against her better judgment and seek some intimate company. But her CIA instincts can’t be ignored, and when she contacts Madame Eve, she uses an alias.

Brendan owns a lucrative manufacturing company, but he’s yet to achieve the goal of finding a woman with whom he can share his successes and joys. But beneath his polished, capable exterior hides the painfully shy teenager he’s never been able to escape. When his own efforts in the dating scene fall short, he turns to 1Night Stand.

It would be so easy to fall in love with Brendan, and Anna’s protective mask slides away, piece-by-piece, revealing more of herself than she should dare. Before she can slip away with the sunrise, Brendan shows their encounter in a new light. Will Anna take a chance on their future, or will she choose to return to her undercover, but lonely life?
Buy Links:
Amazon
Barnes & Noble
Bookstrand